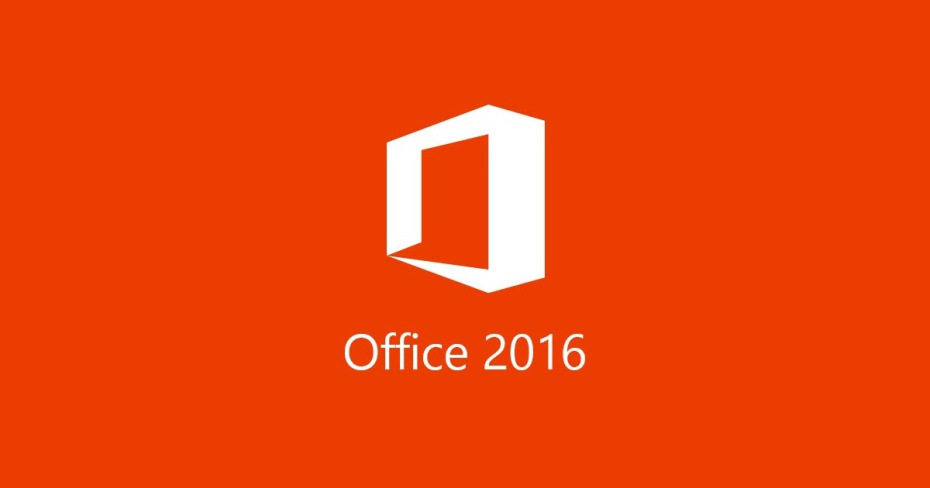 We can all agree that Windows 10 has been a smashing success, already installed in more than 75 million devices just a month after its release. All the news about this new Operating System (OS), however, seems to have overshadowed another upcoming release, that of Office 2016 which launches today, the 22nd of September. Office is Microsoft’s most popular product next to its Windows series. Microsoft Office is regarded as the most popular and also the most successful example of SaaS (Software as a Service). 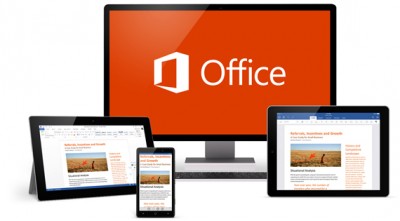 Unlike Windows 10—which is designed to be a universal OS, ideal for all platforms—Office 2016 comes in three versions, each catering to one of the three major platforms.

Office was originally designed to be used by the Windows OS, so it is not surprising that Office for Windows is the most complete version. It features the most tools and the most features—including several that are entirely new. And many of the tools that have been around a long time have been improved in this version.

This version of Office 2016 aims to offer as many tools and features as possible within the context of the popular look and feel that has made Mac fans so loyal. However, due to a handful of irreconcilable incompatibilities between Office 2016 and the Mac OS, this version will not offer a few applications and features that the Windows version has.

This version is designed for use with tablets and smartphones. It is optimized for touchscreen-capable devices and it looks different from other versions of Microsoft Office. It also has the same universal app styling users of Windows 10 are accustomed to.

Office 2016 not only promises numerous enhancements compared to its Office 2013 predecessor, it also has a myriad of new features.

From the Ground Up

Office 2016 (also being called Office 16) will be the first version of the Office series that was built from scratch. Microsoft started from square one to make sure that the software was backwards compatible and works flawlessly horizontally across desktop and laptop computers, cross-platform mobile devices and in the cloud. 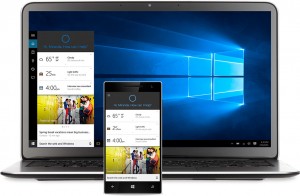 Tell Me is the Office counterpart of Windows 10’s Cortana. Tell Me is a virtual digital assistant that will help you perform various tasks using Office 2016 apps. Tell Me also learns your habits and preferences over time, to help it get better at remembering things for you.

Users will have enhanced security options for their documents, emails and other files. Aside from password protection and edit locking, creators can also set limitations on what other users can do. Users can prevent a document from being attached to emails or uploaded to hosting websites. When it comes to emails, the creator can lock a message so it cannot be forwarded. Users can also have their emails expire at a predetermined date.

Office 2016 also helps users avoid data theft and unauthorized access of sensitive documents and other files. The various apps in the software have the ability to identify potentially confidential information. If the user tries to save a file that the system has determined to contain confidential information to a folder or location that is not secure, a warning prompt will pop up.

Aside from universal improvements and additions, Office 2016 has also made various modifications for each of its apps. 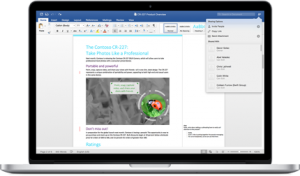 The biggest addition to the Word app is a feature called Insights. Insights uses the same engine used by the Bing search engine to look up websites, stories, and other things related to a word or group of words the user has highlighted. The touch capabilities have also been improved. For example, the user can double tap a word to open a drop-down menu containing synonyms for the said word.

Word 2016 will also allow document co-editing, a feature made popular by Google Doc. This makes collaboration easy as multiple users can perform real-time edits on a Word file.

Power Query, Microsoft’s popular tool that makes data discovery, access and collaboration easier and a lot faster, now comes built-in to Excel 2016. Tables, charts, and other elements can also be manipulated by touch. Smart Scrolling, combined with Snap, allows the user to quickly locate and grab data from a spreadsheet.

Outlook 2016 comes with a new tool called Clutter. Clutter analyzes your habits while using Outlook and simplifies your inbox cleanup and organization by learning which types of emails you typically ignore but don’t delete or mark as spam. Once analysis is complete, the tool will begin filtering such emails and automatically move them to to a new folder named Clutter.

Office 2016 is here, and it is the most robust edition yet. The vastly improved cloud integration and simplified user interface alone merit enough reason to update. Microsoft also promises significantly improved support for Mac users who have waited for more than five years to finally get a new edition of Office for Mac. With a plethora of new features to explore, Office 2016 is definitely the most exciting version of Microsoft’s popular software.